“Edinburgh was reached at 8 a.m. on 14th September, and thus began a very pleasant leave of ten days with visits to relations, friends, theatres, picture houses, etc. Randolph and I went on to Elie for four days and enjoyed the cooler air of the East Neuk.”

Douglas went off to Elie with his younger brother Randolph, a journey they must have undertaken by train.

The East Fife Railway that was the route to Elie was taken over by the North British Railway in 1897 and made some improvements to the track and infrastructure. Although it was never more than a rural railway it survived until the Beeching cuts of 1965.

Douglas didn’t know it then but he was to spend many years of peacetime practising as a GP in nearby Pittenweem. 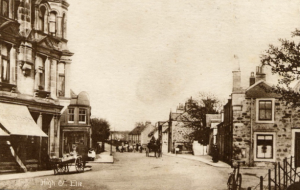 A contemporary postcard from Elie in Fife. 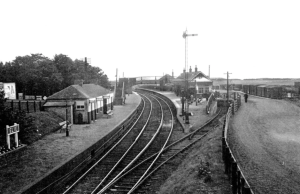 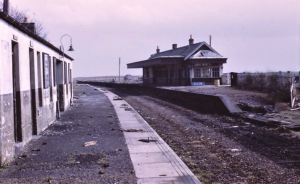 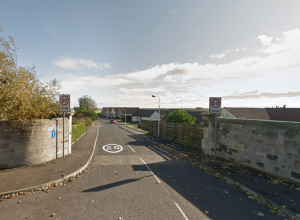 The site of Elie Station today. Doubtless poor Douglas would be scratching his Edwardian head.