A New Day. The Final Day.

“When I went on deck next day I found that we were anchored off Newhaven, and we remained there till 3 p.m. much to my disgust. It was tantalising to be able to see the electric cars running through Leith, and yet not be able to go ashore. It was a miserable day – cold and very wet. The ‘Khalyan’ and ‘Czaritza’ left Leith Docks about 3 o’clock, and we were towed in. Waiting in the pouring rain on the dock-side were two solitary figures – one, my future brother-in-law, and the other – well, this is not a novel with a happy ending, so I will draw a veil over that bit.

Needless to say, I wangled matters very successfully with the Embarkation Officer, and was first off the ship, complete with kit, so that after all my Russian adventure ended very happily indeed!”

The ship must have weighed anchor during the night and made its way a bit closer to Leith before dropping anchor once more opposite Newhaven, waiting for a space to dock.

Thanks to the wonderful document he left behind we have all been able to follow his journey through the Great War. At a time when he might have been expected to have suffered enough and while fighting was continuing on the Western Front, he was whisked away once more to bizarrely take a role in the Russian Revolution.

So, what remained now for Captain Douglas Charles Murray Page RAMC MC? He wrote of the two people that were there to greet him on Leith dockside, one being his future brother-in-law. I can tell you that he was Lt. Douglas Sturrock RNVR the brother of poor Gordon Sturrock, sadly killed at Linselles in October 1916. The other person remains a mystery. At no time during the diary does he mention any hint of a romance. Could it be that the mystery person was young Elizabeth Mary Sturrock, Douglas and Gordon Sturrock’s young sister? There’s no way of telling. Why did he say “this is not a novel with a happy ending”? Presumably because it isn’t a novel, it’s a war diary. The remark sounds sinister at first until the reader may realise that he probably felt she had no place in a war diary. So, we may have formed an impression that Douglas Page liked things to be “right”? Another tale to be told perhaps. 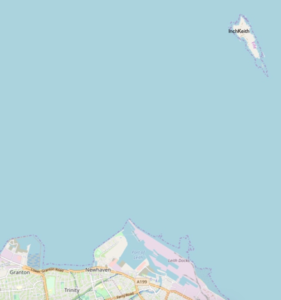 The Approaches to Leith Harbour and Dock © OpenStreetMap contributors 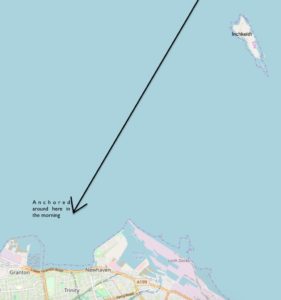 There will be some postscripts to add so please watch for further posts in the not too distant future. We shall continue to update and post new information as we get it and editing will continue for as long as we can.