Returned to base, but bad news

“I returned to the 130th Field Ambulance for duty on the 20th March, and took charge of our Advanced Dressing Station at Houplines, situated in the cellars of what was once a mansion house. All the houses and factories round about were wrecked, and just masses of tumbled down bricks. The garden contained lots of daffodils and violets, and I had quite a cosy bed-sittingroom in one cellar furnished with carpets, 1 easy-chair, and containing a real fire-place.

News was coming through of the great Bosche push down south, the enemy claiming the capture of 26,000 men and 400 guns. Most depressing.”

After a great deal of increased activity in the area, the news of great German successes further south was a heavy blow to the moral of the men.

The surrender of Russia and their withdrawal from the conflict allowed the German high command to plan a decisive attack. Since 1914 neither side had gained any significant advances and now they had to act fast. The influx of many divisions from the east along with their equipment gave a new impetus.

Known as Operation Michael, the plan was to attack the British defended front to the south on the Somme. From there they would push through in a north westerly direction towards the sea cutting off the BEF, seizing the ports and allowing the flow of supplies once more from the sea. This in turn was to produce a tipping point in the war in favour of The Kaiser.

The need for speed was paramount, Germany knew only too well that the Americans were pouring men and infrastructure into the war. Another 840,000 were due to join those in France since 1917 with a total of over a million. This would pose a much more difficult if not impossible scenario and would most likely be Germany’s last chance of victory.

Initially much ground fell into German hands, including all the ground fought over at the Somme in 1916.

However, success would prove to be limited. German front line troops were not matched by the supply routes behind them. The logistics operation could not match the offensive and the front line began to lose its early momentum, practically stalling by late April. That signalled the beginning of the end for Germany and by August the Allies buoyed by the addition of up to 2 million newly arrived Americans regained the lost ground, culminating in defeat of the German Nation by November. 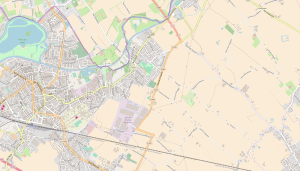