“On November 4thI had an interview with Col. Lucas, a French officer, who has command of the Force now. The same afternoon the Bolsheviks attacked us. They were seven hundred (700) strong, according to the American story, but were very easily repulsed. Our casualties were 1 man killed, and 2 wounded. The Bolos lost heavily. We took 10 prisoners and many were killed and wounded.”

The French Commandant Lucas was brought in by General Ironside on November 3rd to command the railway front following the refusal of the American Colonel Stewart to take on a combat role. This refusal had Ironside wondering how it was possible for any military man to refuse the chance of swapping an administrational command for that of a combative one. Lucas had no such hesitation and accepted immediately. He had much experience after lengthy commands in the French Colonial Service, choosing a Major Aarchen as his staff officer. He would convince his French troops that the Americans would not be able to fight without the French by their side, so boosting the fighting morale of his men. 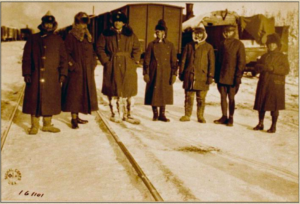 Lucas is second from the left (c) https://www.archives.gov/ 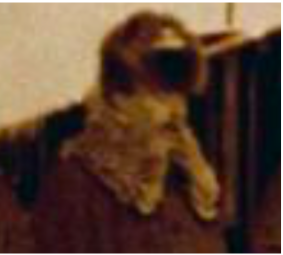