Fortnight Old News Gets to Archangel

“I paid another visit to Solombola on the 30thwhen I learned that Col. Richmond had been sent up to Obozerskaya to take over from Harrison the job that I had. I also heard the result of the elections at home, and was pleased to hear of Asquith’s defeat by Col. Sprot.”

News had now reached Archangel of the election at home on December 14th. Herbert “Squiffy” Asquith, a barrister who as Prime Minister in August 1914 led Gt. Britain into what became The Great War. Asquith like many Prime Ministers including the man that succeeded him David Lloyd George, was a controversial character.

The public had their say on his performance in the election of December.

Still leader of the non-coalition Liberal Party, Asquith assumed his parliamentary seat of East Fife was safe. He only made a couple of brief visits to his constituency despite a concerted effort of campaigning against him by local women, some of whom now had the vote for the first time 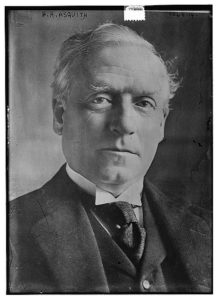 The local Scottish Unionist Party put forward a candidate Colonel Sir Alexander Sprot. Against the odds Sprot polled 8996 votes to Asquith’s 6994. He returned to parliament via a by-election in Paisley during 1921, but Sprot only lasted one term being defeated in 1922 and again in 1923. 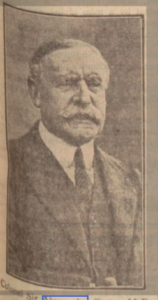