“On Saturday, August 18th, we were up at 3.30 a.m. and after breakfast marched off to Pellissier Farm near Dawson’s Corner. It was a long and tiresome march. After a meal Capt. Burke and I proceeded in an ambulance car to Sussex Advanced Dressing Station on the canal bank, where we took over from the 61st Field Ambulance. We had a busy night attending to wounded. Over 60 cases came in. They had to be dressed, fed and then despatched by ambulance car to the rear.”

The area to the south of the town of Ypres was this day comparatively quiet, with little shelling compared to the previous days. Rumours from retreating troops and women working in the laundries for the allies told how the British had taken Langemarck and pushed on through Polygon Wood towards Zonnebeke. Here the advance came to an abrupt halt. Taking the British by surprise the Germans were to muster a fierce counter-attack, inflicting heavy casualties. The British had lost communications with their own artillery, and got caught in their own barrage. Something like 6000 casualties were suffered and despite taking hundreds of German prisoners, the British had to abandon the advance and retreat once more.

Field Marshall Haig however, had enjoyed a good lunch back at his HQ and then went by motor car to Camiers on the coast near Etaples to watch a display of machine gun fire. He also took the time to record how he felt the French air service was in a poor state of moral and discipline, also feeling that a “considerable number of (French) pilots, didn’t mean business when they go out!” 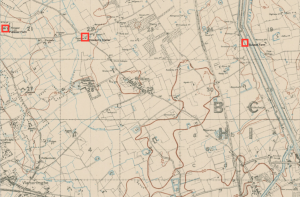 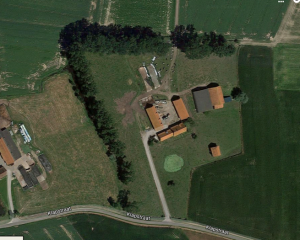