More Fun and Dancing and a New Colonel

“We held another very successful dance on the 25th. It was even more of a success than its predecessor. There would be almost 400 persons present including a number of officers from the King’s Liverpool Regiment, and sailors from the gunboat ‘Glow-Worm’, which had just arrived ‘from up the river’. My two orderlies and myself again constituted the orchestra and the fun was kept going till 1 o’clock next morning. Our new Colonel – Col. Gatt – was present and seemed to be enjoying things immensely. He is quite a good sort …”

Once more Doctor Douglas Page was seen to do as much to entertain the men as he did to repair them physically to try and get them fit for duty. We have to remember that the priority for the British Army had always been to try and return sick and wounded men to full fitness so that they could once more return to front line duty and I’m sure that revitalising the spirits with good entertainment was as important as administering drugs etc. Of course, the more serious situations would result in repatriation and eventual discharge, but Douglas’s efforts at entertaining the men from his time with the 130th (St. John) Field Ambulance on the Western Front would have been appreciated more than he knew.

The mention of Colonel Gatt is of interest at this point. Joseph Edward Henry Gatt had recently been posted to Archangel as relief for Colonel Richmond. He held the rank of Major and was appointed temporary Lieutenant Colonel in order to take command of the 85th General hospital, the British Army’s ruse to avoid paying for the higher rank.

Born in Vittoriosa, Malta on 14th April 1876 he practised as a civilian up to 1902 and in 1903 was commissioned in the RAMC as Lieutenant. He served variously in Ireland, South Africa and India and well as the UK. Promoted to Captain in July 1906, he became a Major in October 1914 which rank he retained throughout his life. He retired from the military in 1923 and had a distinguished career as a physician until he retired, doing much to help with Malta’s health issues.

For a time he lived in Cornwall UK where he wrote various papers relating to health in Malta. He died in Rabat, Malta on the anniversary of the Armistice 11th November 1960. 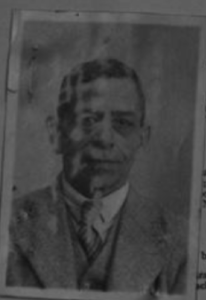