Fun on the River and the Return of Nurse Valentine

“During the summer some of us frequently hired a row-boat of an afternoon, and went for a sail up one of the tributaries of the Dwina. We got away from the smell of dirty Solombola to where the river twisted and turned between green fields, and wooded banks. Often we rowed across the Dwina to a small island opposite our Hospital. Here there was a lovely stretch of sand, and we had many a glorious bathe over there. One evening we had a pic-nic over there with the Hospital Sisters, and on another occasion I was present at a large pic-nic there got up by Sister Valentine, a British Nurse who lived in Russia in pre-war days, and spoke the language like a native.” 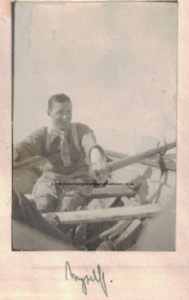 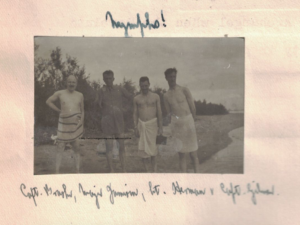 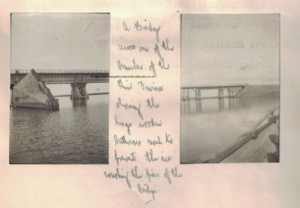 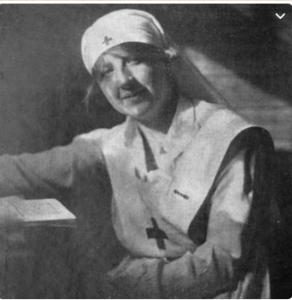 Nurse Valentine spoke Russian “like a native”. This may not have been such a surprise to Douglas had he realised that Nurse Valentine was actually born in Russia.

Selma Amy Valentine was born in probably St. Petersburg on July 17 1893 making her just over a year older than Douglas Page. Her father was an Ulsterman of French extraction and her mother was from high stock, being the daughter of the Governor of the Baltic States.

The story of Selma Valentine is one of an incredible woman little known these days but is worthy of more study. She spoke Russian, English, German and French. During her lifetime she would live in London, Paris and Johannesburg and met many people of note including Queen Alexandra and her son King George V, Hilter, Mussolini and many others. Suspected of being a Bolshevist, she was arrested by the British in Shenkursk where she was looking after her parents who had lost everything to the reds. Then she joined the Royal Navy as a Wren. She was also a VAD nurse, returning to teach in Shenkursk. She would leave Russia when the British evacuated later in 1919. She was active in India, and South Africa where she died on 6th November 1968.