The Highland Light Infantry and a Dance

“On August 26th a transport arrived with the 2nd Battalion H.L.I. on board. It was good to see the ‘Jocks’ again. I knew they would be needed out here sooner or later. At night we held a grand dance in the Hospital. One of the big wards was utilised as a ball-room, and we had it beautifully decorated with flags and evergreens. Some of the side wards were used as refreshment rooms, and sitting out rooms. A huge crowd turned up including the D.D.M.S., A.D.M.S. and other officers. The Russian Naval Band supplied the music, which was excellent. The evening was a huge success. We finished at midnight with ‘Auld Lang Syne’.”

The Highland Light Infantry were a fearsome fighting unit emanating from Glasgow, Scotland. After being involved throughout World War 1, fighting in famous operations such as Neuve Chapelle in 1915 and the 2nd Battle of Ypres, the HLI had acquired a deserved reputation for being a regiment with high achievement. They had been retained in Germany until April 1919, after which they returned home to Glasgow. In the middle of August their presence was required to help finish the job in Archangel with things being cleared up and they remained there until the end of the year, enabling the regiment to add Archangel 1919 to the regiment’s battle honours. 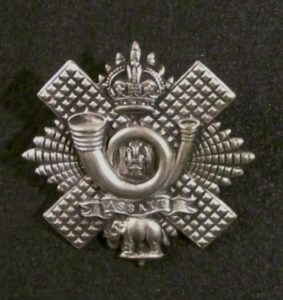