On the second day out we saw the coast of Norway. It looked very bleak, rugged and forbidding.” 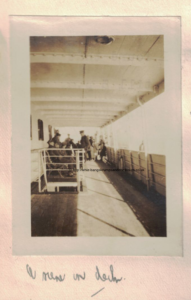 A scene on deck. 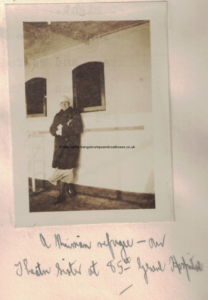