The week before reporting back on duty for the start of the Battle of the Somme, Douglas Page, after sampling the delights of London had spent the week at home in Edinburgh visiting his family.

Close family friends at the time were the Sturrocks of Leith. John and Annie M.M. Lloyd Sturrock had a proud young son Thomas Gibbs Gordon, known as Gordon. Gordon had a younger sister Elizabeth Mary, known as Elma, who was about five years younger than her brother. Whilst at home Douglas had enjoyed a long motor car joy ride with Mrs Sturrock, young Elma and his Mother. We haven’t as yet learned how they became betrothed, but in just over three years Douglas and Elma were to be married.

Meanwhile, like most young men of the time, Gordon Sturrock had enlisted to defend King and Country as a Second Lieutenant in the Royal Scots, 17th Battalion. He was gazetted as a temporary second lieutenant on the 1st July 1915. The 17th Battalion Royal Scots was raised as part of Kitchener’s new army following the setbacks of 1914.

It was a Bantams Battalion, for men that were perfectly able but lacked the minimum height requirements of the regular army, but officers of the Bantam regiments were usually of normal height.

The fledgling airborne service the Royal Flying Corps was busily recruiting men. This would come from two sources, from fresh recruits as they signed on for military service and from within the existing military, with men volunteering to join the new flying service. As the war progressed most recruits into the R.F.C. were recruited directly. Gordon however, was seconded to the R.F.C. from the Royal Scots and as 2nd Lieutenant became an observer officer. 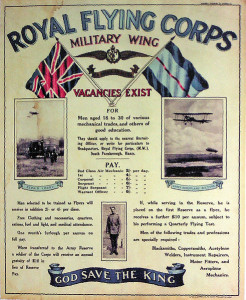 In the late afternoon of Monday 16th October 1916, Gordon and his pilot 2nd Lieutenant Charles Moore Kelly prepared their Morane Saulnier BB, serial number A137 for a mission. This was a French built bi-plane with a crew of two and would fly to around 13,000 ft. Many were fitted with a front facing Lewis machine gun and could be used as a fighter as well as reconnaissance aircraft. The observers’ duties would be to navigate and to direct gunfire on the ground by observing the fall of artillery fire and redirecting as needed. They would also be responsible for the photographs that would prove invaluable in providing the information in planning battles etc.

Charles’ and Gordon’s Morane had been delivered at the end of April 1916 and was one of the type fitted with the more powerful Le Rhône 9J 110 hp engine. Many had to make do with a less powerful 80 hp version due to the wartime shortages.

Along with four other aircraft, they were to take part in escorting a reconnaissance mission to fly from Bailleul in what is now the Nord region of French Flanders, across to near the Belgian border, north of Lille, behind the German lines.

The group took off from their base in Bailleul and headed east toward the front line. The leader was to make the reconnaissance and the four other aircraft flying to the side and the rear were the protective escort. Writing in March 1918, 2nd Lieutenant Kelly tells us the story from there:

“On our return journey, I discovered mine was the only machine returning with the leader. I was in my position to the side and somewhat to the rear of the leader when I believe a hostile machine dived in on me from behind and wounded me with his first burst of fire, the same burst I think killed my observer. I could not get the hostile machine off my tail and I was hit again. I was wounded in four places, one or two of the shots shattering my right fibula. The petrol tank was evidently pierced in several places as the petrol was pouring over my legs in a large quantity. In this disabled state I descended and crashed in enemy territory.

A short time before I was attacked, my observer pointed out to me a machine which was between a mile and half a mile to the rear and above me, this machine looked just like one of ours and I thought it was one of our formation trying to catch up, (we were flying Morane bi-planes). I think this must have been the hostile machine that got me by long shooting, with its first burst of fire.”

The plane whilst losing so much fuel and clearly losing power, came down near the village of Linselles. Pilot Charles Kelly was captured alive and made a prisoner of war. Poor Gordon Sturrock it seems was dead from gunshot before the plane crashed. After being taken to hospital, where he was declared dead, he was buried in a communal cemetery in Linselles where he now remains in a plot maintained by the CWGC. A newspaper report of the incident suggests that Sturrock in fact died in hospital. Did he die on the way, was he dead on arrival, or a bit later on? We can’t without further investigation say for sure. 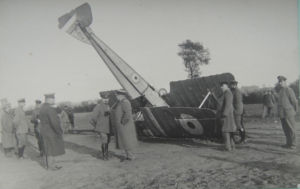 The crashed aircraft A137 at Linselles, surrounded by German officers 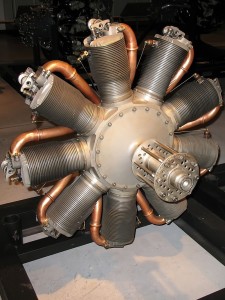 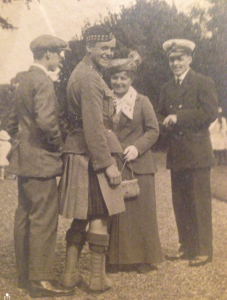 T.G.Gordon Sturrock (wearing the kilt) pictured in Scotland with his mother, c.1916 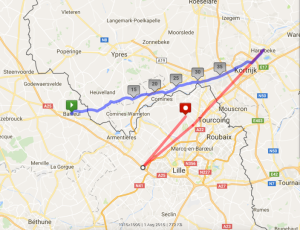 The possible flightpath of A137 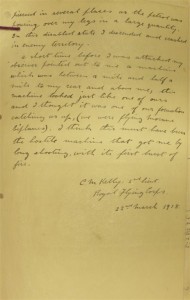 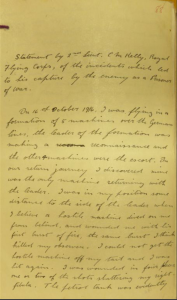 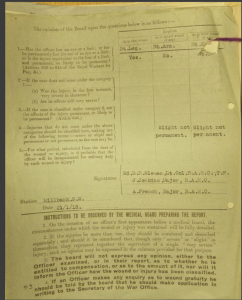 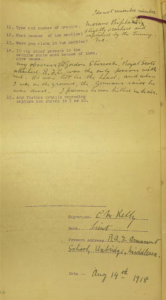 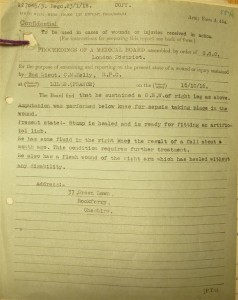