Following the remarkable tale of the shooting down of Gordon Sturrock, here now is the story of his German adversary Leutnant Alfred Ulmer.

Two young men trying to achieve the same goal, but on opposite sides of the divide. Both were to come to a tragic end at such a young age.

Thanks must go to Mark Lubienski, a fellow Westminster Guide, for his interest and help. Mark also guides at Hendon’s R.A.F. Museum so I knew he could point me in the right direction and his help proved invaluable.

It was as recent as 1903, when famously the Wright brothers took to the skies in North Carolina on Dec 17th, in what was the first controlled, powered flight by a heavier than air machine. It was very soon realised that such aircraft could have a very important military role to play.

The British Army had realised the usefulness of powered aircraft and the Royal Flying Corp had emerged from a branch of the Royal Engineers, being formed in February 1912.

Having utilised lighter than air balloons as far back as the Napoleonic Wars, Germany’s hierarchy were quick to embrace the new fixed wing powered aircraft. Their fledgling air force Fliegertruppen des Deutschen Kaiserreiche or the Deutsche Luftstreitkräfte (Imperial German Airforce), was developed from both the German Army and Navy and had acquired its first fixed wing aircraft in 1910. Referred to as Die Fliegertruppe, both Army and Navy were responsible for observation balloons and the new fixed wing aircraft. Both the Navy and the Army took to the skies in “airships” which became known as Zeppelins though in 1915 the Zeppelins that launched the first air raids on England were crewed by Navy men complete with Navy uniforms. The Zeppelins were named after one of the two companies that developed them.

Alfred Ulmer was born in the southern German town of Reutlingen, just south of Stuttgart, in the same year as Gordon Sturrock on September 15th 1896. Twenty years later, Alfred was the young man flying the “hostile machine” described by pilot Second Lt. C.M.Kelly.

Like so many young men Alfred was keen to grab the chance of the very new activity of flying. Just as Gordon had signed up with many others to defend King and Country, so did Alfred along with many compatriots keen to do their duty for the Kaiser and the Fatherland. 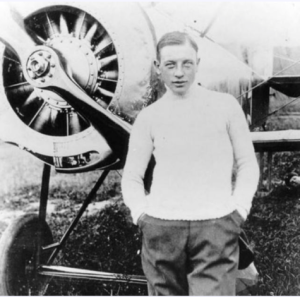 By October 1916, the German airforce had become known as “Deutsche Luftstreitkräfte”. Some sections were formed into hunter squadrons called Jagdstraffels, or simply Jastas. Lt. Albert Ulmer became a pilot in Jasta 8, flying an Albatros D.V F.E.2d, where he claimed a total of 5 kills including that of Gordon Sturrock. The only kill he had to his name before Sturrock and Charles Kelly was a couple of weeks earlier on the 1st October when he shot down an observation balloon at Oostviederen. After the Sturrock/Kelly victory, he went on to claim another three kills. On December 26th 1916 over Railway Wood near Ypres, he shot down a Nieuport 12 ser. no. A3294 flown by Capt. J.W.W. Nason and Lt. C.A. Felix-Brown of 46 Squadron. This was 46 Squadron’s first combat casualty. 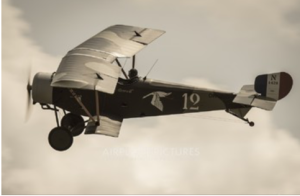 Then on 24th January 1917, a freezing cold day with the ground covered with ice and snow from heavy snowfall in the previous week, Ulmer struck twice. At about 15.30 Royal Aircraft Factory B.E.2e number 6308 of 53 Squadron, crewed by Lt. T.F.Preston and Lt. C.M.Buck was shot down north of Warneton and later at about ten to five another Royal Aircraft Factory plane, this time F.E.8 number 6417 flown by 41 Squadron’s Sgt. Cecil Stephen Tooms (1678) aged 22, was brought down west of Wytschaete. 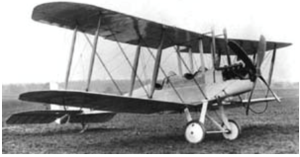 Ace Ulmer was then himself seriously wounded when on the 5th February 1917, 46 Squadron got their revenge when one of their Nieuport 12’s managed to shoot him down over Dranouter, Belgium. He survived the crash and slowly recovered enough from his injuries to terrorise the skies again. His reign came to an abrupt end on 29th June 1917 when he was shot down and killed over Houthem by Canadian ace Harold W. Joslyn, flying a Bristol F 2b for the RFC 20 Squadron. 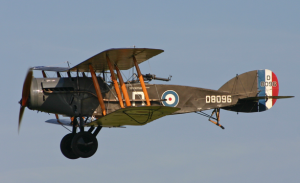 Lt. Ulmer ultimately perished at the hands of a Bristol F 2b 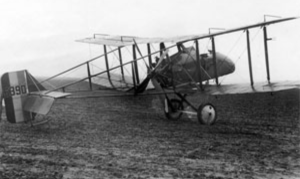 An F.E.8 with a pusher propeller behind the pilot 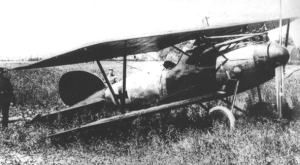 An Albatros D.V similar to the one flown by Ulmer