“On the 11th December we trudged up to the trenches again, and heard that Jerusalem had fallen.

One day fourteen German aeroplanes flew over our lines, and were speedily attacked by four of our fast fighting planes. One Bosche was chased by 3 of our lads and brought down in flames. The machine crashed to earth in 3 pieces, and the old Hun himself came down about 5 minutes later! It was a great night. The other 13 enemy planes fled!”

Far from the Western Front, the Ottoman 7th and 8th armies under the command of German General Erich von Falkenhayn had been forced into retreat. The Battle for Jerusalem had begun on the 17th November with the British under the command of General Edmund Allenby. The coastal ports suffered from a lack of infrastructure, making unloading of supplies slow, hazardous and laborious. Allenby had to weigh up his options carefully. So far from their base, failure to keep his troops and horses supplied with rations and equipment could have proved disastrous. Failure to subdue von Falkenhayn’s armies would also leave Allenby vulnerable to counter attack. This would be both militarily and politically calamitous and could have seen Allenby relieved of his command, but he was victorious and on the 11th became the first Christian leader to rule Jerusalem since the middle ages. Fighting continued until the end of December, but the news of Allenby’s triumph over the German commander was greeted warmly at home and on the Western Front. 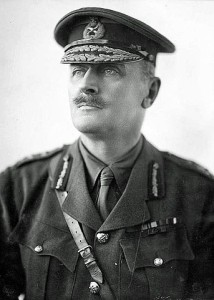